Home » Football » You are reading »

An extra days rest could end up being the significant factor that sways the balance in Sunday’s Top four clash at Stamford Bridge. The host’s, Chelsea, travelled back from their 3-0 win at Schalke 24 hours earlier than a Manchester City team who had to fly home from their 2-1 win in Moscow on Wednesday evening.
The importance of qualifying from the group stages meant that Manuel Pellegrini fielded his first choice XI against CSKA, so there will not be much squad rotation come the 4pm kick-off time on Sunday. Nasri may come in Navas on the wing, while Clichy may take Kolarov’s place at left back, but I can’t see him breaking up what is looking to be a deadly partnership up front in Aguero and Negredo.

Jose Mourinho must ponder whether to bring back Samuel Eto’o into the starting line-up or persist with a more confident looking Fernando Torres, who managed a brace of goals in Germany on Tuesday night. Chelsea’s defence is performing solidly, even with the key absentee, Ashley Cole, still missing through a rib injury. Cesar Azpilicueta may continue to deputise at left back this weekend, as I can’t Mourinho bringing in Ryan Bertrand to play in defence in such a key fixture.

Chelsea have won 2 of the last 3 meetings between the sides at home, and with City likely to be slightly more jaded after a midweek trip to the Russian capital, I’d say Chelsea are decent odds at 2.45 Euro odds (or 29/20) to win this one.

I think for a safer football prediction to go for is that both teams will find the back of their opponents net during the 90 minutes action; Man City have registered and conceded 13 goals in their previous 3 League games while Chelsea have seen 11 scored in their last 3 matches in the Premier League, with all 6 games seeing both teams score.

All big games such as these carry the threat of a boring stalemate with not much goal-mouth action, but I can’t see this being the case on Sunday. The cautious approach of Rafa Benitez and Roberto Mancini led to this fixture being a 0-0 last year. However, both sides have added new managers and exciting players to their squad, and are in fine goal-scoring form going into this game.

http://thesportsunion.com/chelsea-v-man-city-free-tip.html2016-10-02T06:38:18+00:00adminFootball
An extra days rest could end up being the significant factor that sways the balance in Sunday's Top four clash at Stamford Bridge. The host's, Chelsea, travelled back from their 3-0 win at Schalke 24 hours earlier than a Manchester City team who had to fly home from their...
admin xpertwebbuilder@yahoo.comAdministratorSports Union 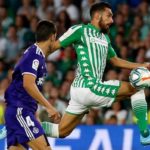 La Liga TV Rights: How Are They Sold and to Who?