As we all know, in order to be good at a sport, you need to practice it. However, you need to know how to practice, as improper practice is no practice at all as they say. All in all, you need to be very careful about certain things when practicing soccer and we would like to tell you a bit about these.

First of all, you need to have the right equipment. If you are playing soccer, you will need special boots as the boots are the essential part of the soccer outfit. Also, you will need some protection in the groin area and protecting your shins. And that is about that. Nothing more.

Practicing soccer is also about watching matches and checking out the best players in the world. You can learn a lot from watching the masters at play and you will never waste a single minute watching a great soccer game. You also need to remember that perseverance and hard work make up for a multitude of drawbacks and if you hold your head down and practice like insane, you are bound to have success in soccer.

Soccer players that have left their mark

There have been quite a few soccer players that have left their mark on the game and we would like to talk to you about some of them. In order to even try and introduce most of them would take books and not an article this long, so we will concentrate on those players that have changed the game and that have made it what it is today.

Pele is arguably the greatest player that has ever lived, although there are also people who will tell you that the guy we will introduce next is the One. Still, no one can deny that Pele was a soccer player out of this world, with talents that can be compared only to those of Michael Jordan and with inventiveness that is usually not attributed to professional athletes.

It is as if someone described soccer to someone who is ten times better than anyone before them and they simply asked why people don’t do it this way. He did it his way every single time and he scored more goals than anyone else, all thanks to that insane talent, dedication to the game and the urge to win.

The next guy that we simply have to mention is Maradona, who was actually voted the best player of all times. A small guy from the Slums of Buenos Aires, Maradona was and still is the man of the people, a true star with a short fuse, a personality larger than life that has taken soccer to heights it never soared to before.

When they talk about the geniuses of a particular sport, they have people like Maradona in mind. In fact, it is quite difficult to try and think of any other athlete that was more preordained for great things in their respective sport as Maradona is and was for soccer.

For the most part of his career he played for clubs from workers’, poorer parts of the city or the country, showing people that you can make it even in such places and showing what soccer can be like.

Ferenz Puskas is a name that is not going to be that familiar to the average fan of soccer here in the US, but if you ask anyone older than 40 from Europe who has to be included on a list like this, then the name of this Hungarian striker is on top of everyone’s list, in the top 5 in any case.

He played when soccer was a much different game, if we are being honest, when it was a boring game and when soccer meant even more to the common person than it does today in the era of gigantic contracts and advertising. He came from behind the Iron Curtain and he showed the world what the modern striker is.

He broke away from the practice of just standing near the opponent’s goal waiting for the ball and then sending it towards the net. He made goals and he didn’t just score them. They say he was also a cool guy.

We also have to mention a goalkeeper here, a man called Lev Yashin, a Soviet goalkeeper whose reputation is still legendary, more than 40 years after his last game. He reinvented goalkeeping and he is believed to be the best goalkeeper of all times by virtually everyone.

We could give you thousand quotes from the best players of all times and the best keepers of all times saying why Yashin was so great but we will not. Let’s just say that his nickname was The Black Panther. How cool is that?

http://thesportsunion.com/important-things-to-remember-when-practicing-soccer.html2021-01-09T18:05:40+00:00adminFootballSports Tips
As we all know, in order to be good at a sport, you need to practice it. However, you need to know how to practice, as improper practice is no practice at all as they say. All in all, you need to be very careful about certain things when...
admin xpertwebbuilder@yahoo.comAdministratorSports Union 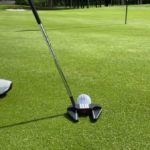 6 Essential Stretches With regard to Golf ball Gamers 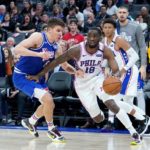 How to Play Fantasy Basketball: Know the Tricks 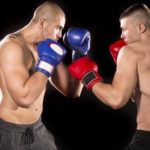 The Most Important Tip You’ll Ever Get in Boxing