Below is a snap-shot of the key history to Rugby but for more detailed information check out this fantastic timeline of Rugby on the BBC.

Rugby is highly regarded as a great British treasure. The history of rugby can be dated back almost 2,000 years when the Romans played a ball game called ‘harpastum’, which involved players handling a ball. However, it is the actions of a young schoolboy in the 19th century that helped shaped rugby into the game we know today.

At the start of the 19th century a number of public schools would play a version of football, all with slightly different rules, where players were allowed to catch the ball before kicking it. It wasn’t until 1823 that William Webb Ellis, a schoolboy from Rugby School, first ran with the ball in his arms, and therefore originating the distinctive feature of the rugby game. Although there is much speculation over this account, Webb Ellis is still highly regarded as the inventor of the sport, so much so that the winner of the Rugby Union World Cup wins the acclaimed Webb Ellis trophy. 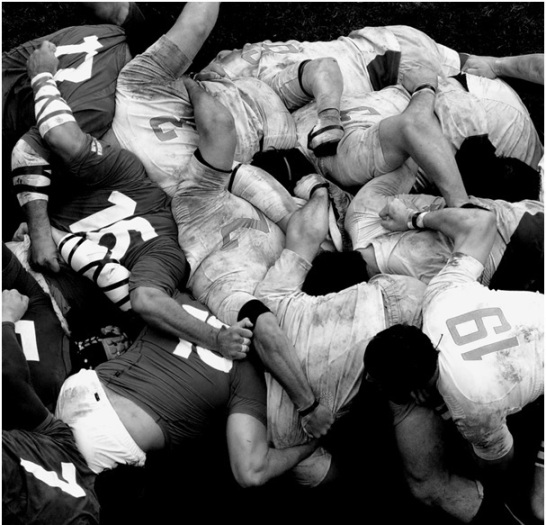 By 1830, running with the ball was accepted into the Rugby School version of the game. Happy and confident with this new style of play, pupils from the school recorded the first ever written rules, and slowly word began to spread up and down the country. Soon ‘rugby clubs’ were being established throughout Britain and the colonies but, as with early football, there were considerable variations in the rules.

As these rules increased in popularity, a meeting was held in 1871 consisting of 21 rugby clubs who then founded the Rugby Football Union (RFU). Former pupils of Rugby deputed the laws, although these were often disputed for many years to come.

On 27 March 1871 the first international game was played between England and Scotland, and unions continued forming in other counties and countries to govern the game.

By 1895 rugby had split into two factions over payment disagreements. Northern clubs broke away from the RFU and formed their own code, the ‘Northern Union’. As this code included the ‘league championship’, the Northern Union teams were referred to as those who ‘play in the league’, hence the name Rugby League. Teams associated with the RFU became Rugby Union. It wasn’t until 1995, a century after the original split, that the International Rugby Board accepted that Union players could be paid.

The game of Rugby has continued to develop over the years becoming a beloved sport of millions. Matches occur across the globe and though-out the year making it a past time that is not only fun to watch but also participate in. If getting rough and ready on the rugby pitch is not your cup of tea then maybe think about getting involved by backing a team with a bet? Like most people however you might not understand the rules of rugby or even how to bet on a rugby match, if so check out this friendly rugby betting guide click here to see.

http://thesportsunion.com/rugby-where-did-it-start.html2017-07-28T15:02:47+00:00adminRugby
Below is a snap-shot of the key history to Rugby but for more detailed information check out this fantastic timeline of Rugby on the BBC. Rugby is highly regarded as a great British treasure. The history of rugby can be dated back almost 2,000 years when the Romans played a ball...
admin xpertwebbuilder@yahoo.comAdministratorSports Union
« Take up Golf for Some Amazing Health Benefits
Top 5 Horse Races In The World »